LONDON, 9 DECEMBER: This weekend, an unmanned NASA Orion spacecraft which launched as part of the Artemis mission. returns to Earth after successfully orbiting the Moon. Smiths Interconnect, part of the industrial technology company Smiths Group plc, worked alongside NASA and its space partners in the design, development, qualification, and delivery of Orion’s data network. This included the Ethernet connection on the space capsule, which ensured communication to all the computers, sensors, cameras, and equipment within the spacecraft.

Following a call from NASA for a master Ethernet Data Network, the Smiths Interconnect team joined the Orion Space Capsule project to provide flawless and continuous communication aboard the spacecraft. The network required connectors and cable assemblies qualified to transmit massive amounts of data and survive the harsh conditions of space travel – criteria that existing connectors were unable to meet.

NASA also required connectors with a higher impedance rating [1] than existing communication network standards, allowing more data to be transmitted at lower voltage rates. Connectors also needed to support stringent environmental requirements, including the ability to withstand take off, aquatic landings, and violent jettisoning of the crew module if the launch aborted.

“This trailblazing achievement came about solely because of the close collaboration, and deep trust between all relevant parties, as well as Smiths Interconnect being at the vanguard of space heritage. With expertise and technical knowledge gained over more than six decades in the space market, Smiths Interconnect is able to design innovative solutions that are smaller, lighter, and more robust where increased ruggedness is paramount to withstand vibration, shock, temperature extremes and radiation. This was crucial to the success of the mission.”

The components used in the mission include the high-speed rectangular D-sub, Mil-Dtl-38999 circular and hermetically sealed feed-thru connectors and cable assemblies used for the Orion Ethernet Data Network. These are well known for their mechanical ruggedness, electromagnetic shielding capability, and electrical performance, while supporting extremely high-speed data networks. The products are qualified to extreme levels of shock and vibration while encountering zero-bit errors of digital signal loss. 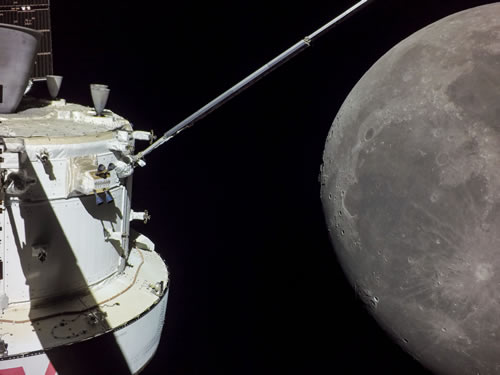 [1] The impedance rating describes the amount of resistance that a component has to the flow of electrical current. The higher the impedance, the lower the current and the higher the voltage.

Smiths Interconnect and NASA collaboration
Smiths Interconnect has been in partnership with NASA for a decade, joining NASA’s Mars Exploration Programme with the Mars Perseverance Rover and Curiosity Rover, aiming at being the “partner of choice for innovative connectivity solutions”.

More than one Smiths Interconnect product has been employed to bring success to NASA projects. Among them is the high performance K2A and K2B ruggedized cPCI connectors, addressing NASA’s need for a high reliability connector solution to meet the mechanical, electrical, and environmental performance requirements of Mars Perseverance.