NASA’s Mars Exploration Program, Mars Perseverance Rover was launched on July 30, 2020 and finally touched down on Mars on February 18, 2021.  Designed to be the most sophisticated rover NASA has built, the Mars Perseverance Rover will use advanced systems to explore the diverse geological landscape, discover ancient habitats, gather rock and soil samples and search for alien life. Its samples could be returned to Earth by 2031.

The landing site was chosen for its promise for preserving signs of life: it was once home to an ancient lake and river delta that may have collected and buried microbes and locked them within rocks.

Mars Perseverance Rover is loaded with state-of-the-art scientific instruments, advanced computational capabilities for landing, upgraded sensors, computers and algorithms. It will enable the rover to quickly and autonomously realise its location on Mars and modify its course during descent. This cutting edge technology will be able to provide invaluable assistance for both robotic and crewed missions landing on future planets and a must for future robotics and missions to Mars.

“Smiths Interconnect is proud to support the Mars Perseverance Rover with a connectivity solution specifically engineered and optimized to mitigate the effects of heat and shock and vibration, while  maintaining exceptional levels of signal integrity” said Paul Harris, President of Smiths Interconnect.

If indications of life were discovered on Mars Nasa scientists said – “…it would be the most exciting finding since the insight that the Earth is not flat.” 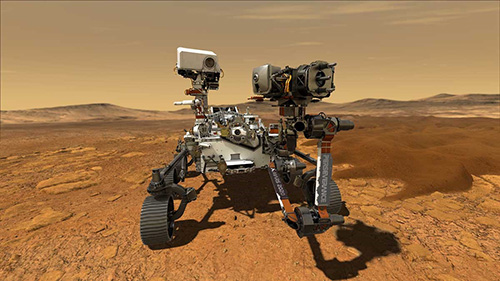