How Smiths is Protecting First Responders from Fentanyl 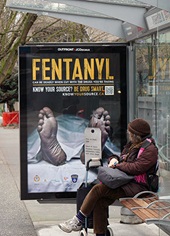 Fentanyl is a potent pain relief drug, 50 times stronger than heroin and 100 times stronger than morphine. It’s a highly dangerous substance whose potency means any mishandling can have grave consequences – inhaling even small quantities can lead to respiratory arrest.

Worryingly, the illegal import and manufacture of fentanyl for use in recreational drugs is on the rise. A sharp spike in deaths from fentanyl overdoses, particularly in Canada and the US, has led to doctors deeming it a new public health emergency. And its potency presents a difficult new challenge for first responders.

Smiths Detection has shown customer focus in the face of this new threat, reacting quickly to modify three of its leading technologies to detect and identify fentanyl. In addition, its ReachBackID 24/7 hotline service has been enhanced so first responders using our products in the field can speak directly to PhD scientists to help them better analyse situations and reduce risk.

Shan Hood, Vice President of Product & Technology for Smiths Detection, said: “The new fentanyl threat to first responders is real and severe since accidental contact with or inhalation of very small amounts can be life threatening. The right technology can help first responders make better informed decisions about how best to protect themselves from fentanyl and its analogues during emergencies.”

What products have been updated?

The IONSCAN 600 security checkpoint portable scanner, HazMatID Elite/Target ID handheld infrared chemical identifier and ACE-ID contactless laser scanner have all been updated for use with fentanyl.

Find out more at smithsdetection.com