Connectors supporting the exploration of space

Smiths Interconnect was awarded a contract by Boeing to design, manufacture and supply bespoke connectors to transfer power, signal and communications to different modules aboard NASA’s Orion spacecraft and Lunar Gateway for the Artemis crewed spaceflight programme.

The Orion spacecraft will take up to four astronauts to the Lunar Gateway where they will board a human landing system for exploration missions to the surface of the Moon. The Lunar Gateway is an in-development spaceship which is intended to orbit around the Moon. It will be a solar-powered communication hub, with living quarters for astronauts, a lab for science and research, ports for visiting spacecraft, and a holding area for rovers and other robots.

The spaceship will be a temporary home and office for astronauts, a five-day, 250,000-mile commute from Earth. It will provide NASA and its partners access to more of the lunar surface than ever before, supporting both human and robotic missions on the Moon and, eventually, to Mars.

With many phases of the Artemis programme still to come, it is hoped that Interconnect’s partnership with Boeing will extend to many decades as humans explore Mars and the wonders that the planet has to offer. 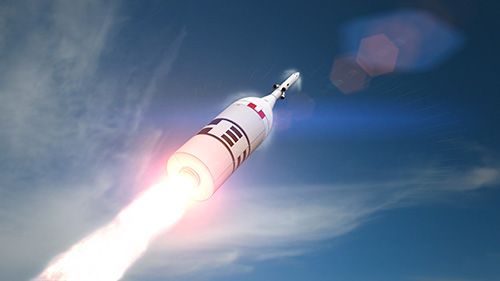