A new generation of flexible air duct that will save distributors and contractors warehouse space.

It’s often said that “If it ain’t broke, don’t fix it”, and that could certainly describe the flexible duct market, where true innovations are few and far between. And, for the last quarter of a century, the available products have been just fine for their typical application in the Heating, Ventilation, and Air Conditioning (HVAC) market.

But ‘just fine’ wasn’t good enough for the innovators at the Thermaflex group of Smiths Flex-Tek.

They conducted multiple focus groups and voice-of-customer research over the years, and realised that both distributors and contractors were frustrated that ducting takes up a disproportionate amount of warehouse and vehicle space. This sentiment has intensified in recent years as the cost of real estate, transportation and handling have escalated.

At the same time, installers were voicing concerns about how difficult traditional flexible duct can be to use – in particular the time it takes to expand to full size after unpacking, and the kinking of the flex that compromises airflow and therefore the HVAC system’s performance.

But it would take a radical design review to shake the manufacturing status quo and address these issues. 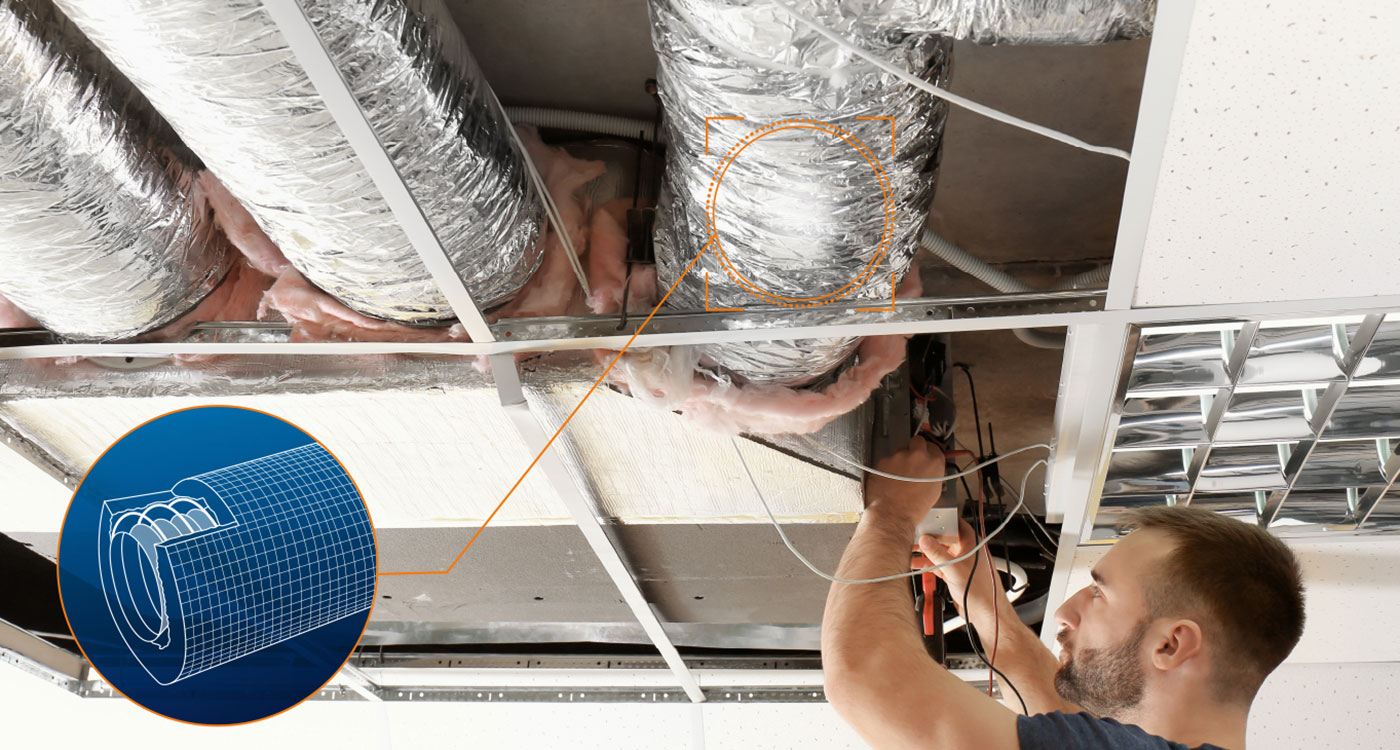 Smiths Flex-Tek decided to take on this challenge, and went back to the drawing board to completely rethink the design of air ducts. The result is the patent-pending Thermaflex Floating Core, the first major innovation in the market in more than 25 years.

Its design is truly market-disrupting. It has a reflective inner core, inside a traditional fibreglass bulk insulation outer layer. These layers are separated by an ingenious wire helix spacer which creates an air gap between them.

The first benefit is significantly improved performance. The combined action of the reflective core and air gap boosts the thermal resistance of the traditional bulk insulation layer without adding volume. Great news for consumers, installers and distributors alike.

The air gap also allows the Floating Core duct to be compressed into packages up to 50% smaller than standard insulated flexible ducting. Importantly, this translates into it needing half the space for storage or transport.

Meanwhile, the wire spacer makes this Smiths duct three times more crush-resistant than its predecessors. This not only significantly reduces the chance of compromising the product during compression for packing and transporting, but enables it to recover to full size after unpacking some 20% faster than traditional products. Moreover, this increased crush-resistance helps to prevent kinks during installation, which preserves the product’s performance capability.

Distributors have already embraced the new innovation. Jamey Eaddy of McCall’s Incorporated said, “The new Thermaflex Floating Core product is very exciting for us as a distributor. It has helped generate interest within our customer base, has given us another way to reach new customers, and allows us to save significant space in our warehouses due to its unique and clever design.”

Jeff Nahring of Upstate Commerical said, “We love the new product. It’s so much easier to carry and handle than what we’ve been using for years. It makes the job a lot easier. A real step forwards.”

“We love the new product. It makes the job a lot easier. A real step forwards.”
Jeff Nahring – Upstate Commercial