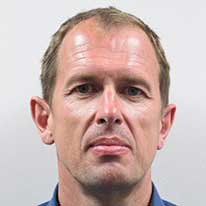 Hundreds of thousands of miles of pipeline stretch around the world to transport the crude oil we use to empower our lives. And many more are planned. However, after the test of time, a fundamental design flaw in standard pipeline technology is emerging that poses a formidable commercial as well as environmental challenge.

The vast majority of these pipelines rely on pusher seal technology that has not substantially evolved in decades. The design incorporates a secondary dynamic O-ring that, in dirty crude oil applications, can cause debris to build up around a seal diameter. This can result in hang-up, fretting and stub-sleeve wear – and eventually total seal failure.

Given the volume of seals now in use, and the remoteness of most, such failures can go undetected for days, potentially allowing thousands of barrels of oil to leak per day.

This is alarming enough in direct monetary terms. Shutting a pumping station down for repair can cost some $1.5m per day in lost product or deferred production alone. Then, repair of a mainline pump with a single seal could cost perhaps $25k, before technician fees and logistical costs.

But there are other considerations, too. Much of a pipeline network runs across farmland and rural areas, so leaks could have devastating, long-term consequences for groundwater, livestock, tourism and associated livelihoods. There would likely be considerable clean-up fees and fines for the pipeline operator. And increasingly, as consumers insist on corporations being more environmentally accountable, news of preventable leaks could also prove highly toxic for a corporate reputation and share price.

The solution isn’t as simple as proactively replacing like-for-like secondary dynamic seals, though. Putting a new pusher seal into a degraded environment could exacerbate existing problems and intensify the potential for leaks.

With the scale of ageing pipelines around the world, and network expansions planned, there is an urgent need for an alternative seal design.

In response, the innovative seal design team at John Crane, a division of Smiths, returned to the drawing board to completely re-imagine this technology. The resulting ‘Type 8648VRS’ is a revolutionary non-pusher elastomer mechanical seal designed without the O-ring weak spot.

Extensive field tests suggest this next-generation seal will last extensively longer than its predecessor and will not exhibit the same failure mechanisms, making it attractive for new pipeline installations. What’s more, retrofitting it requires no other equipment or support system, which cost-justifies a more proactive upgrade programme in legacy installations.

To quantify some of these benefits, let’s take a 24-pump pipeline which historically has 18 months mean time between repair (MTBR), planned or unexpected. Let’s say it typically experiences 16 pump outages per year. If the average cost-per-pump repair is $140k then its annual maintenance bill would be $1.23m for materials alone.

In comparison, a phased introduction of the 8648VRS at a recommended rate of four upgrades annually will year-on-year double the average seal life. As well as incrementally reducing the direct cost of pump repairs, in this scenario it will halve the impact of operational interruptions and major equipment overhauls within six years.

This makes John Crane’s new seal technology a very compelling choice – for the bottom line, corporate reputations and the environment.