Space & Aerospace
Innovative Connectivity Solutions for the Next Frontier
Share

To provide reliable communications for missions to Mars.

From semaphore to the electric telegraph, advances in communications have always underpinned, and been driven by, the successful exploration and settlement of new territories.

This has never been truer than for Mankind’s bid to probe into the newest frontier of Mars.

With its successive Mars Lander and Rover missions, NASA has posed the most challenging connectivity questions yet. Not least of these was: how to compensate for the Red Planet’s extreme environment.

The 2012 ‘Curiosity’ mission to Mars had set itself the huge ambition of collecting and transmitting enormous volumes of research data back to Earth. To this end, it was decided to use the Ultra High Frequency (UHF) band – about 400 Megahertz - for its long-range propagation characteristics. However, even a UHF system can be susceptible to adverse atmospheric conditions.

Left unmitigated, these extreme temperatures, in particular, would cause significant variability in communication system performance – both in terms of signal range and quality. Long term, system reliability would also deteriorate significantly.

Adding to the challenge, the solution needed to be light-weight and small yet a minimal drain on the precious energy of the spacecraft for the term of the mission. Yet, conventional solutions to compensate for the distortive impact of extreme temperatures on signals required too many active components. They took up too much board space and power, and still suffered an unacceptable level of signal distortion. 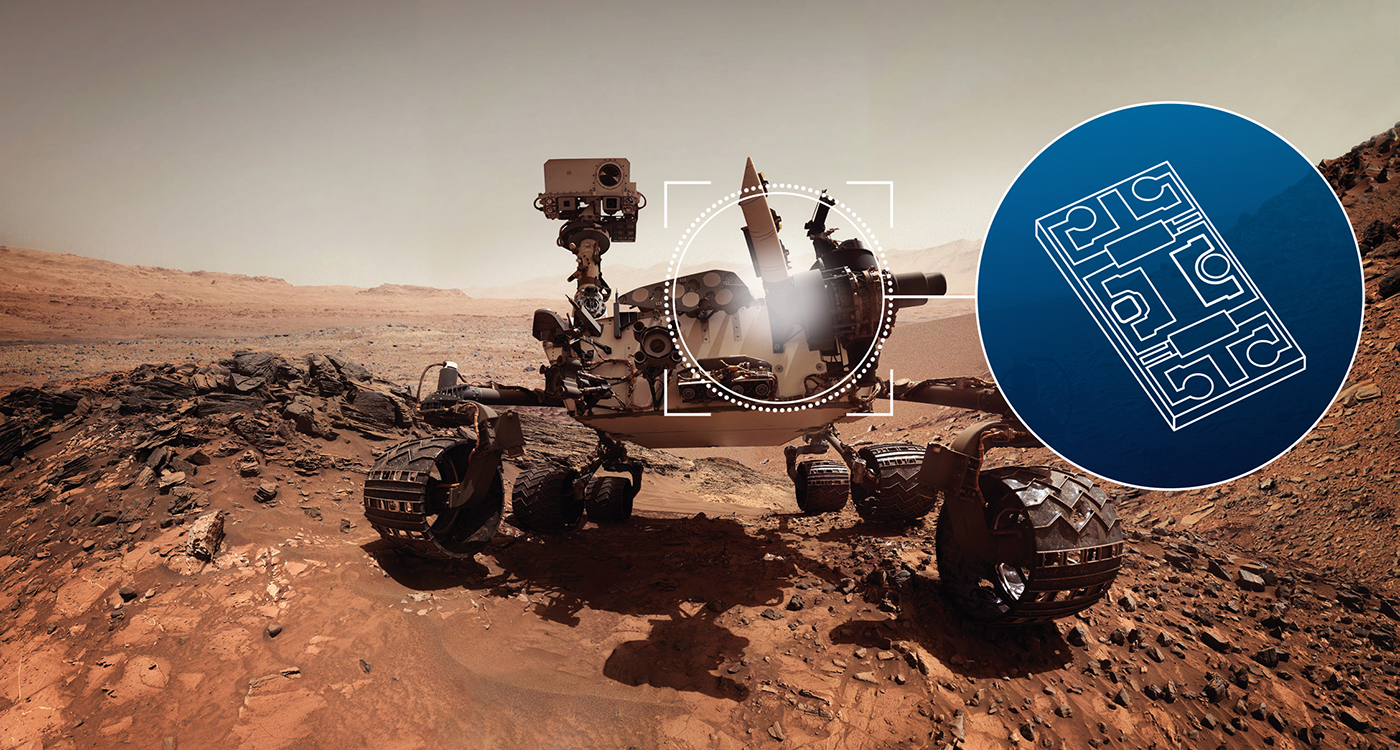 This break-through TVA technology can efficiently and accurately compensate for temperature fluctuations from -65C to +150C, enabling it to maintain a consistent signal strength even in extreme atmospheric conditions.

Just 2mm2, the surface-mounted Thermopad TVA can be used in place of an automatic gain control circuit to combine level setting or buffering and temperature compensation in a single chip design. This reduces component count, increases reliability and lowers costs.

And, because it is totally passive, it doesn’t require power and has a longer lifespan than alternative ‘active’ solutions.

Smiths’ Thermopad has proved a pivotal component of the communications system for NASA’s Curiosity Rover. Since landing on Mars in 2012, it has ensured the integrity of huge volumes of data transmitted to Earth about the Martian climate and geology, which has enabled scientists to substantially progress their assessment of the planet’s habitability.

So successful has this mission been that Curiosity's two-year mission has been extended indefinitely, and its design is now serving as the basis for the planned Mars 2020 Rover.

Not resting on its laurels, however, Smiths has now developed the next-generation Thermopad series: K2TVA. This has been designed to provide an even more accurate and higher level of temperature compensation in the K-band frequency range, NASA’s future spectrum of choice.

It is currently under evaluation for use in future missions to Space.